I know I promised this particular blog several days ago, but I got stalled by Real Life.
So without further ado, I give you a description of the rootin' tootin' shootin' good time we had at the cow pasture we like to call a private shooting range.
Fortified by a hearty breakfast, and having taken the time to inspect all the weapons for cleanliness...Bless You, Law Dog! The 5 of us: LawDog, Bayou Ren. Man; La P; the Dearly Beloved and I trucked [ and I do mean pickup trucked] on out to the range.
'Dog had a new lever action he wanted to put through its paces and Rita had been gifted with a Mossberg 20 gauge by BRM, that she needed to learn how to load, shoot and unload. So I unfolded my chair, sat in the shade of the truck, sipped on my blackberry tee and watched for a spell. Once the initial rush of trigger pulling madness had passed, I retrieved my camera from my new range bag and approached the firing line, taking this pic on the way. 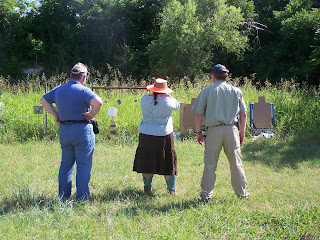 Please notice LaP's footwear. That is her new pair of boots, y'all. The ones y'all helped with. Aren't they just the bee's knees?
The 'Dog loaned her his “Please Don't Shoot ME!” hat for the day b/c he thought MY straw ventilated “garden” hat looked silly. Yeah, right 'Dog, at least it MATCHED her outfit.
This is a close-up of LawDog's head wear: 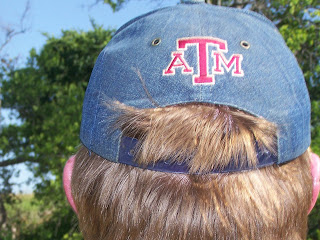 I tried to get the Dearly Beloved to take a pic of the back of MY Aggie cap; or for Law Dog and I to stand side by side and and have him take a pic of our Aggie hats, from the back of course, and see if y'all could guess which hat belonged to which blogger...
Dearly Beloved said, “I'd just as soon folks didn't know you wear that, Darlin'.” I swan, it is a measure of how much he trusts me, that with all those heavy objects close to hand, My Aggie-lovin' hand, he knew I wouldn't pick one of them up and throw it at him.
Anyhoo...
here's one of Bayou Ren Man having some fun: 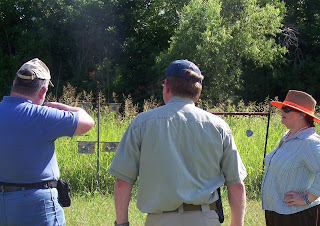 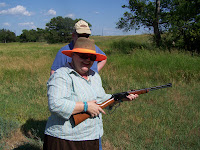 ...think she enjoyed it?
Then she got to start handling HER new Mossberg: 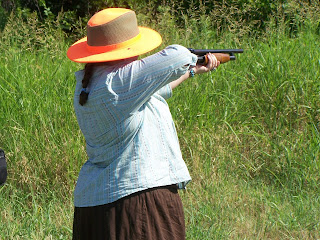 And here she is with that shotgun from another angle: 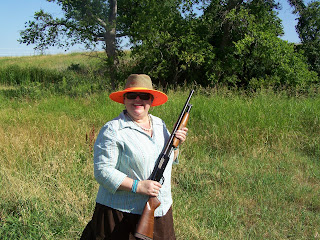 Bayou Ren Man had some modifications made to this little gem. But I'll leave it to him to tell y'all all about that. Suffice it to say, it's a NICE firearm. At least Ms.Fatale seems to think so, judging by that grin.
In this shot, her OTHER instructor gives her some pointers that day:

Why I've never gotten a pic of THIS tee before I will NEVER know...but I got one that Sunday. And doesn't my Darlin look GOOD, too? 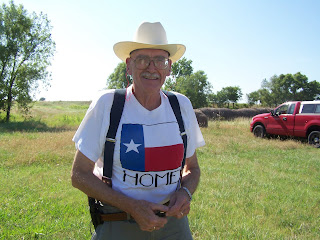 I hope y'all enjoyed this little peek into our afternoon of fun.
Posted by HollyB at 6:43 PM

THAT much is obvious, you lucky things!

Great pics, but where are YOU?

Love Phlegmmy's boots, and your hat added just the right touch, too.
Oh, well. What do men know about fashion, anyway? Your DB is an exception, of course...just check out his awesome shirt!

Loved the pic's. La P is so cute! Love the boots and rest of her attire.

Glad a good time was had by all.

When do you go "shoosting" with Lisa and Oliver Douglas?

C-LMT,
That is LawDog's hat she's wearing. MY hat matched her outfit MUCH better!
CBL, when you're the photographer...you don't get to be in the pics.
G- when Lisa and Oliver come back from the dead and show up in the pasture. ;p

Hols - What a fun day that was, and we lucky gals surrounded by handsome men and boomsticks- Thrills! Next time, though, I'll have to make sure we have an image of YOUR bad self to include so people get the full picture. Good times. Thanks so much for your hospitality and for taking me out to the range. I always have the best time with you peoples!

And I just HAD to miss that...

Phlegmmy is the cutest cute that ever cuted. Seriously.

And, Holly - you must be the master of persuasion - you actually were able to capture LD on film. YAY YOU.

Breda, that's not the only photograph of Lawdog. We have quite a collection . . . but he's threatened us with murder, mayhem and assorted other pleasantries if we publish the one of him in the pink gorilla suit!

I posted a picture of LawDog, over a year ago. ;)

Looks like a good time. Glad I mowed out there the week before.

Got somethin' to say that you don't wanna leave in the comments section? E-mail me @ holly76209@gmail.com 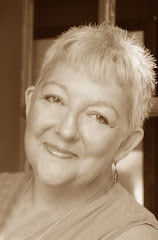 One of MY favorite pics

HollyB
North Central, Texas, United States
I am 1/3 of a set of Triplets born across 11.5 years to different mothers. I'm opinionated, moody, mercurial, witty and wicked mean. I am also Cyberlexic, so I can't figure out how to write my profile for the Other blog seperate from this one. So here's the profile for "No BS from a BSW" I am an ex Social Worker with years of experience. I burned out working for other people and State Agencies but I still have the desire to help that led me to the profession in the first place. So...I started this blog.